Dune 2021. The film is here. Has it finally been successfully translated to the big screen? “It’s better to fail trying something impossible than to succeed making something easy … It’s the beauty of creativity. It’s not arrogance!” – Denis Villeneuve

“Thou shalt not make a machine in the likeness of a human mind.” – O.C. Bible, Dune 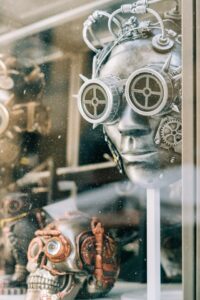 That is both commandment and law throughout the known Universe over twenty thousand years from the present.

No HAL 9000 monitoring the systems of a Guild Heighliner. No BB model astromech droid rolling at the feet of Oscar Isaac’s character, Duke Leto Atreides. The act of me posting this to the Internet, and you reading it on your smartphone, is heresy. We would both be put to death by the galaxy-spanning authoritarian regime governing all human affairs.

That’s what one might call “the big idea” within Frank Herbert’s novel, Dune. Everything masterfully hinges upon it, and when I say everything, I’m talking about the Imperium.

Were we to leap forward into that future, I’d tell you the Imperium came to be some ten thousand years ago when a violent social upheaval purged all “thinking” machines from existence. This was the Butlerian Jihad. Trillions of human beings, sprawled across thousands of planets, adapted to life without so much as a simple calculator.

How do we function with no AI?

Through the discovery of the miracle pharmaceutical, melange, offering a longer life span, greater vitality, and heightened awareness. It could even grant precognition to the gifted few. Thus, physical training, eugenics, and the use of this drug brought about specialized humans for specific tasks in the absence of computing. 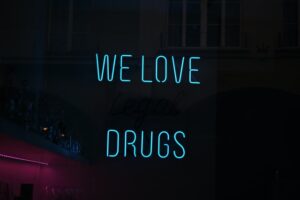 Melange is addictive and withdrawal results in certain death. Also called “the spice,” it’s the most essential and valuable commodity in the Universe. The harsh desert world of Arrakis, also called “Dune,” is the only known source.

Melange is pretty cool from a world-building perspective. It’s the “unobtainium” of Dune, as problematic to get and as critical to interstellar transport as the superconductor mined on Pandora, in the film Avatar.

The Imperium is born with a seemingly insurmountable obstacle with “the big idea.” The Imperium gets the “unobtainium” necessary to solve it. What exactly is this Imperium?

“We’ve a three-point civilization: the Imperial Household balanced against the Federated Great Houses of the Landsraad, and between them, the Guild with its damnable monopoly on interstellar transport.” – Reverend Mother Mohiam of the Bene Gesserit Sisterhood, Dune 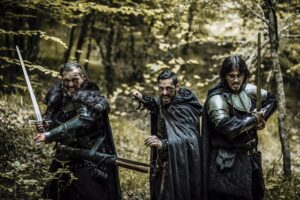 The Imperium is a triumvirate, unchanged for ten millennia:

The Guild monopoly extended to all interstellar commerce, transport, and military action. The Guild Peace, as it came to be known, founded a galactic feudal kingdom where the calendar measured time as BG (before Guild,) and AG (after Guild.) No House, not even the Imperial House, could move against another without adhering to the Rules of Convention (think interstellar Magna Carta,) and employing the Guild for finance and transport.

Envision the Middle Ages of Europe, but with an imperturbable central authority on a vast, galactic scale. Fiefdoms are granted, no House can strike another without the Guild, and specialized schools of discipline (not unlike the Church, although I should argue that the Guild is truly the Church) provide the Sovereign and the Nobility with trusted advisors.

As Dune opens, a charismatic, and virtuous Duke in the Landsraad High Council has such advisors:

The Emperor, wary, and envious of the popularity his cousin enjoys with the Great Houses, grants Duke Leto Atreides the most lucrative fief in the Imperium. It is, of course, Arrakis, from which “the spice must flow.” He is charged with increasing production, which has fallen under the vicious hand of his hereditary arch-rival, House Harkonnon. You know what Admiral Ackbar would say.

The young Paul Atreides, influenced by, and clairvoyant like his mother, has been dreaming of the native humans on Arrakis, called Fremen. They migrated there millennia ago, thriving in the most arid climate imaginable. He senses a “terrible purpose” in his future as his family’s House moves from their ancestral ocean world to the desert planet. He’s a little bit T.E. Lawrence, a little bit William Wallace, quite a bit messiah.

Did I mention melange is a lifecycle byproduct of colossal sandworms over a thousand feet in length with “Great White Shark” like maws hundreds of feet in diameter? They, along with the brutal climate, and the Freman insurgency, make harvesting the spice, as I’ve already stated, “problematic.”
It should also be mentioned that I’m scratching the surface of Herbert’s world building here.

Dune won the inaugural Nebula Award and tied for the Hugo in 1966.

I read it in three days (it’s long) on my parent’s living room couch, 35 plus years ago, while home, sick with the flu. There was no AI, and no intelligence, extraterrestrial species.

If you curate a list of “Greatest SF Novels…,” and you exclude Dune, you’re just trying to gain notoriety by pissing off readers. (So says I.)

The 2021 film, Dune, releases domestically on October 22, 2021. I saw the David Lynch version after first reading the novel, and disappointment is an insufficient, but civil word to describe my thoughts. The upcoming feature appears to embrace the source material and has a stellar cast. Director Denis Villeneuve has Blade Runner 2049, and Arrival under his belt. The pandemic has kept me waiting for more than a year, but now Dune is almost here.

I’m excited. Geeked-out excited. If you’re not there with me, what more can I say?