A certain degree of happiness coupled with a happy amount of certainty aptly described my situation as a career server at a French bistro in a Chicago suburb for the past twenty-one years. It permanently closed yesterday, Nov. 24th, 2021, the day before Thanksgiving. But there’s reason to give thanks.

I pursued acting in my twenties on the Equity stage, in the commercial advertising industry, and on the independent screen. There was some, occasionally much happiness, but not much certainty in showbiz, thus “waiting tables”, that quintessential “day” job of the actor, was my certainty.

When I left acting, serving became my mainstay. That “certain degree of happiness” I mentioned came from:

The “happy amount of certainty” came from: 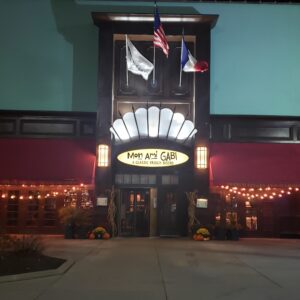 Once Upon, A Time: A Little French Bistro 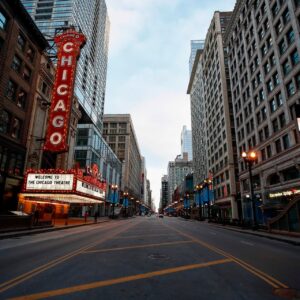 Happiness and certainty were also bolstered by Lettuce Entertain You Enterprises, owner of our bistro, and holder of the sixth spot in the Chicago Tribune’s “Top Workplaces 2019”. That being said, things got a little rough in March 2020. If you don’t know why: Google March 2020. As one might expect, Lettuce behaved far better than most restaurant entities during the lockdown and beyond, not just because they held the resources to do so, but because their company culture gravitates toward ethical choices.

The past twenty months have been chaotic, but our bistro adapted to become lean and stay profitable. In an ironic move, considering the uncertainty of the times, Oakbrook Center asked our partners to shell out at least 1.5 million dollars for renovations. Not at all lean, and certainly not profitable in the short term. Their answer was an understandable “No”. Our lease proved contingent upon this, thus it wasn’t renewed, and we permanently closed yesterday.

Two certainties: That’s what I know about it. There’s probably more to it than that.

So, there’s uncertainty surrounding this. “Uncertainty registers in our brain much like an error does.“ Neuroscience totally nails why I didn’t sleep on the night I found out, then worked a double, didn’t sleep the next night, then worked another double, then barely slept the third night.

I had a fair degree of certainty that I’d get my preference of transfer to a restaurant, with some management I knew, and comparable money. I knew I’d keep my benefits. I was feeling pretty good about three out of seven of my bullet points. Four out eight, if I count “the money” as two bullet points, which I do.

I HAVE THAT TRANSFER!

It’s said we fear change because of the aversion to the loss associated with that change. In order to give thanks, I need to let go of how good things used to be. I may get my preferred schedule, but not always, and requests off may not be the sure thing they once were. Answers to food and beverage questions won’t flow as easily, ever, because I’ve no knowledge of past menu items. I won’t know where anything is, or where it might be, if it’s not found where it’s supposed to be.

Do I have the competence to do this? Yes. Do I fear the pain of applying this competence? Yeah. It hurts already, and I’ve not even started.

There’s the joy of seeing a regular I love in my section. There’s that horror of seeing one I abhor. I’ll not have this knowledge now, and ignorance ain’t bliss.

If you haven’t read the multitude of articles out there covering the reasons behind the labor shortage, here you go: 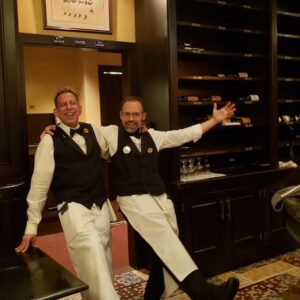 closing the place down!

My woes are negligible to those out there in the service industry who don’t work for Lettuce Entertain You. Our busiest month of the year is December, but because we’re closing, our October rivaled those sales, and our November surpassed them. I’ll go to my new home with Lettuce during their busiest month of the year. I’m certainly happy. I’m happily certain. That is by design of the partners of my little French Bistro and I give thanks.